Domicile is a relatively straight forward legal concept that combines the place where a person permanently resides with where he intends to remain.  However, what happens when a person who has been adjudicated incompetent desires to permanently move. Can he possess the requisite intent to change his domicile in legal terms?

The Georgia Court of Appeals recently took up this question in Estate of Milton Theophilus Pond, II.  In the case, a probate court granted Milton Pond guardianship of his son, M.P., who was an adult man with autism.  Since M.P.’s childhood, he lived with his mother, Yolanda Pond, who had physical custody of him, in Fayetteville, North Carolina during the school year.  During the summer, he would live with his father and stepmother in Savannah, Georgia. However, in 2015, when M.P. was 20-years-old, he refused to return to his mother’s house in North Carolina at the end of the summer and insisted that he be allowed to stay in Georgia with his father.  His father filed a petition for guardianship in Georgia asserting M.P.’s “lack[] of sufficient capacity to make or communicate significant responsible decisions concerning his…health or safety.” He further explained that M.P. was capable of making his own decisions, but needed “ongoing guidance” and training for independent living, supervision while cooking, and assistance with medical and mental-health decisions.

A doctor evaluated M.P at the court’s direction and concluded that due to autism-spectrum disorder, M.P met the necessary standard for granting guardianship to Milton.  Yolanda objected to the petition claiming M.P. only lived in Georgia during the summer.  Then, M.P.’s attorney submitted a report that claimed M.P. could not make significant decisions regarding his health and safety, but was adamant that he wanted to remain with his father so he could participate in outside activities instead of spending most of his time alone as he did at Yolanda’s house in North Carolina.  The attorney concluded that staying with his father in Georgia would be in M.P.’s best interests.  The probate court agreed and appointed Milton as M.P.’s guardian. Yolanda appealed.

In her appeal, Yolanda claimed that the probate court lacked the personal jurisdiction over M.P. because he did not live in Georgia. However, under Georgia law, a court “may appoint a guardian for an adult only if the court finds the adult lacks sufficient capacity to make or communicate significant responsible decisions concerning his or her health or safety.” Further, the guardianship petition must be filed in the county where the proposed ward is domiciled or found, so long as he wasn’t removed to that county for the purpose of filing the guardianship petition.[1]  When determining a person’s domicile in Georgia, the law provides that the domicile is where the person permanently resides and may be changed by the person actually changing residence with the intent to remain at the new residence.  Words alone are not enough to change one’s domicile.  Rather, there must be an accompanying action, such as moving to a place, in order to demonstrate intent.[2]  In this case, the court recognized that M.P. had an actual residence in Georgia, his father and stepmother’s home in Savannah and he had explicitly expressed that he wanted to remain there and not return to his mother’s home in North Carolina.  In fact, he had refused to return to North Carolina after spending the summer of 2015 with his father.

As this case illustrates, mental incapacity is not a black and white issue and there are levels and degrees of incompetency.  A designation of guardianship does not necessarily mean that the person is totally incapacitated, nor does it mean that he or she cannot have or develop the requisite intent for changing his/her domicile.  In some cases and with some disabilities, a person may lack the sufficient capacity to sign a will one day but, several weeks later, may demonstrate the lucidity necessary to understand the consequences of their actions.  For more information on the degrees of mental incapacity in the context of estate litigation, see also Basic Ethics of Representing Someone with Diminished Capacity and visit us as www.lindleylawoffice.com. 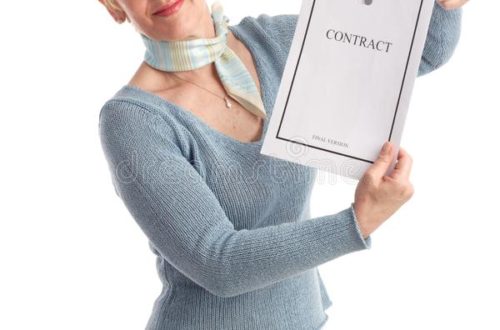