In early March, retail grocery store company Aldi, Inc. filed a lawsuit in the Eastern District of North Carolina against two former employees who joined rival company Lidl US.  The two former employees, Bruna Maraccini and Colleen Savory, are named as Defendants in the complaint.  Both were involved in the company’s real estate strategy and acquisition efforts, and are alleged to have misappropriated trade secrets of their former company for the benefit of their new company.  The complaint also alleges that Ms. Maraccini, who was a director of real estate for North Carolina and Virginia while at Aldi, violated confidentiality, non-compete, and non-solicitation agreements by accepting a similar position with Lidl US and sharing Aldi’s proprietary information with her new employer.

What Is a Trade Secret?

Trade secrets are possibly the most enigmatic form of intellectual property. The United States Patent and Trademark Office provides that a trade secret is information that is used in a business, which would “give an opportunity to obtain an economic advantage over competitors” who do not have access to the trade secret.  While the Patent and Trademark Office definition does not provide much guidance, it explains that a trade secret is information used by a business – the owner of that trade secret – and that it provides the owner with some advantage, or even the mere opportunity to gain an advantage, due to its secrecy.  Therefore, if that trade secret becomes publicly known, it is no longer valuable to the owner.  For this reason, trade secret protection is often contingent upon and limited by the existence of reasonable efforts by the owner to maintain its secrecy.

In North Carolina, the Trade Secrets Protection Act serves to protect businesses from misappropriation of their trade secrets.  This statute provides a broad definition for what can constitute a trade secret, and it does not require any registration or application to acquire a protected status.  Because of this broad definition, as well as the absence of requirements for attaining protected status, North Carolina has experienced a rapid increase in trade secrets litigation.

In Aldi’s complaint, the company alleges that Ms. Maraccini and Ms. Savory were privy to confidential company information relating to expansion plans and maps of future locations for Aldi stores.  Now working for Aldi’s direct competitor, Aldi believes that both former employees are sharing this information with their new employer.  Aldi also believes that Lidl US has been complicit in this scheme to obtain the protected information.

In addition to the complaint, Aldi has requested a temporary restraining order and a preliminary injunction against its former employees, attempting to preserve the trade secret status of the disputed information while the lawsuit runs its course.  Such measures are considered extraordinary, and are therefore rarely granted by the court.  However, requests for such injunctive relief are more common in the context of intellectual property litigation, and other district courts have granted such relief in litigation between employers and former employees.

There is surely much still to come in this lawsuit, and it will provide an interesting look into North Carolina’s interpretation of trade secrets protection and the rights of employers in limiting the actions of former employees who may have had access to confidential company information.

If you have questions regarding a civil litigation or employment dispute, please give us a call at (704) 457-1010 to schedule a consultation.  For more information regarding our firm, attorneys, and practice areas, please visit http://www.lindleylawoffice.com/. 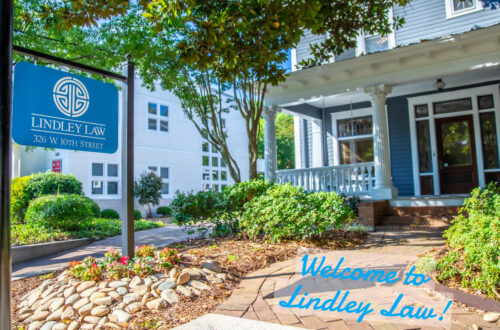 NC Court of Appeals: While decedent’s actions effectively bypassed will, “it was his prerogative to do so.”