The plaintiffs in Frederick L. Allen and Nautilus Productions, LLC v. Roy A. Cooper, III,, et al., a four-year civil lawsuit over the rights to video and photographic footage of the recovery of the wreckage of the Queen Anne’s Revenge (the ship captained by the infamous pirate known as Blackbeard), recently filed a petition for a writ of certiorari seeking the United States Supreme Court to rule on the dispute.

The History of the Queen Anne’s Revenge

In the early eighteenth century, Blackbeard commandeered the slave ship La Concorde, renaming it the Queen Anne’s Revenge and captaining the ship for years near the Outer Banks of North Carolina.  In 1718, the ship ran aground and sank.  Its wreckage was not discovered until 1996, and Nautilus Productions, owned by Frederick Allen, spent approximately 20 years documenting the retrieval efforts.

The North Carolina Law in Dispute

Copyrights protect the authors of “original works of authorship fixed in any tangible medium of expression,” which includes photographs and motion picture footage.  In 2015, then-Governor Patrick McCrory signed into law a new statute establishing that any “photographs, video recordings, or other documentary materials of a derelict vessel or shipwreck” will be “public record[.]”  The North Carolina law effectively removes any protections or exclusivity rights previously possessed by the copyright owners of such documentary materials.

In their Complaint, Allen and Nautilus allege that the North Carolina law violates the United States Constitution by unlawfully permitting states to violate the copyrights of private persons, including those registered and owned by the plaintiffs.  Beginning in 1998, two years after the discovery of the shipwreck, Nautilus began producing documentary content of the recovery efforts.  This work continued up to an including the time immediately preceding the plaintiffs’ dispute with the North Carolina Department of Natural and Cultural Resources (the “NCDNCR”) and Friends of Queen Anne’s Revenge (“FQAR”) over their unlicensed publication and distribution of the plaintiffs’ copyrighted work on the Internet.  Although the parties settled their dispute, the NCDNCR and FQAR quickly resumed their infringing use of the plaintiffs’ footage of the shipwreck.

Subsequently, in 2015, and at the urging of the NCDNCR, the North Carolina General Assembly passed the aforementioned statute, the effect of which destroys any rights previously held by the plaintiffs and protects the defendants from liability.  The plaintiffs argue that the actions of the defendants constitute copyright infringement and that the North Carolina law violates the 1990 Copyright Remedy Clarification Act (the “CRCA”), which exposes states to potential liability for copyright infringement.

The United States District Court for the Eastern District of North Carolina ruled in favor of the plaintiffs on the basis that the CRCA abrogated, or repealed, North Carolina’s sovereign immunity (a state’s immunity from civil lawsuits absent its consent to be sued) and found the North Carolina law unconstitutional.  The United States Fourth Circuit Court of Appeals subsequently ruled in favor of the defendants, finding that the CRCA’s attempt to abrogate state sovereign immunity was invalid.  Consequently, the plaintiffs filed a petition for a writ of certiorari seeking the United States Supreme Court to take up the case.  The parties have filed briefs regarding the writ, and the Supreme Court must now determine whether it will hear the case.  If it does, the Supreme Court will have its first opportunity to address the constitutionality of a Congressional effort to roll back state sovereign immunity in the context of intellectual property rights.

If you have questions regarding a civil litigation or business dispute, please call us at (704) 457-1010 to schedule a consultation.  For more information regarding our firm, attorneys, and practice areas, please visit http://www.lindleylawoffice.com/. 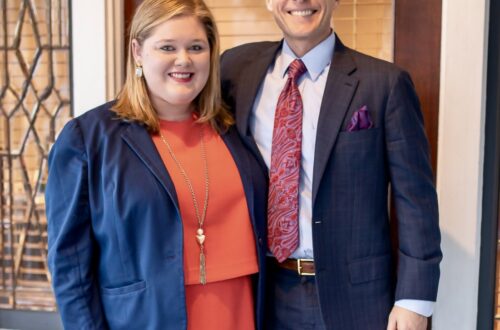 Legal Standing: As Illustrated by an Indonesian Monkey Named Naruto