A recent decision by the North Carolina Business Court (NCBC) re-affirmed long standing precedent that an arbitration award is customarily final and binding, even if it includes an error of fact or law.[1]  In the most recent case, Killian/Simonini, LLC argued the arbitrator exceeded his authority by impermissibly including consequential and punitive damages in his award, which were not provided for in the arbitration clause of their operating agreement.  Killian/Simonini further argued the North Carolina Limited Liability Act controls and limits the remedy for failure to make capital contribution payments to a LLC to the actual amount of the payments.[2]  Therefore, they contended the arbitrator’s award of consequential or expectation damages exceeded the statutory allowance and was outside the scope of his authority.  The NCBC disagreed.

Killian/Simonini entered four real estate projects with Trilogy Capital Partners, LLC (Trilogy).  Trilogy contributed 100% of the initial capital and Killian/Simonini obtained land development loans and agreed to contribute 100% of any additional capital required to pay debts or complete the projects.  Killian/Simonini’s two managing members personally guaranteed the obligations of the company.  As a result of the 2008 recession, two of the projects’ acquisition and development loans went into default, and Killian/Simonini did not make the additional contributions to pay them.  Trilogy contended it received a significantly reduced amount of money on the other two projects than it would have if the contributions were made.  All the projects’ operating agreements contained arbitration clauses which provided “[a]ny dispute or controversy arising out of or relating to this Agreement shall be determined and settled by arbitration . . . [t]he award rendered by the arbitrator(s) shall be final and conclusive.”

Both federal and state statutes grant arbitrators significant latitude in determining the appropriate arbitration award, and courts uphold this considerable authority to encourage the use of arbitration over expensive and lengthy litigation.  As such, North Carolina courts have held arbitrators “are not bound to decide according to law when acting within the scope of their authority, being the chosen judges of the parties and a law unto themselves, but may award according to their notion of justice and without assigning any reason.”[3]

North Carolina statutes provide few grounds for vacating an award, but one justification is when the award “exceeded the arbitrator’s powers.”[4]  Killian/Simonini argued the arbitrator exceeded his power by awarding consequential and expectant damages to Trilogy, in excess of statutory authority and the terms of their operating agreement.  The NCBC disagreed, deciding that even if the awarded damages are outside those available under the statute, the error of law is insufficient to vacate the award.  In support of its decision, the Court cited a case from 1895 which since established “[i]f an arbitrator makes a mistake, either as to law or fact, it is the misfortune of the party, and there is no help for it.  There is no right of appeal, and the Court has no power to revise the decisions of ‘judges who are of the parties’ own choosing.’”[5]

Furthermore, while the Court acknowledged the figure awarded by the arbitrator was the exact sum of the expectation damages sought by Trilogy for the underperforming projects, the arbitrator did not clarify or explain his award.  Absent an explanation by the arbitrator, a conclusion that the award was for expectant damages, and not the unpaid additional capital contributions, was mere speculation by Killian/Simonini.

Knowing courts rarely vacate arbitration awards, even those that contain errors of facts or law, why would a party voluntarily agree to arbitration?   Arbitration, although increasingly more costly and entrenched, is faster and usually far less costly than proceeding with litigation.  Parties in an arbitration are sometimes encouraged to participate more fully and help structure the resolution rather than increase hostility.  Finally, parties are free to negotiate and agree to terms of the arbitration, and can use language to clearly express their intention to allow for appeal of an award.  Absent such language, arbitration awards are likely final and binding as in this recently decided case.

[2] N.C.G.S. § 57C-4-02(b) states that “[i]f a member does not make the required contribution of property or services, the member . . . is obligated, at the option of the limited liability company, to contribute cash equal to that portion of value of the stated contribution that has not been made.” 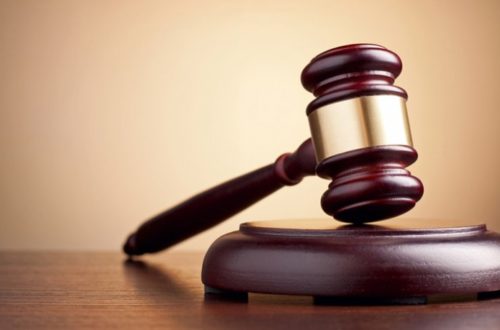