Alan and Mary Jo Di Sciullo hired Griggs & Co. Homes, Inc. to build a home on their property in the Outer Banks.  They entered into a contract, which included a provision that the Di Sciullos’ would pay Griggs a $50,000 “fee to contractor” for its services.  The contract also included a clause concerning an advance deposit in the amount of $55,000 to be paid to Griggs “upon signing [the] agreement and prior to the commencement of construction.”

The Di Sciullos thought Griggs intended to preserve the advance deposit in full throughout the project, applying it only at the end to satisfy outstanding completion costs.  Meanwhile, Griggs believed the deposit was an advance for costs and immediately deposited the funds in a general checking account, drawing upon them to pay for costs throughout the construction. The parties did not discover the conflicting interpretations of the advance deposit clause until subcontractors complained to the Di Sciullos they were not being paid for their work and placed liens on the property.  A dispute arose, which led to the parties terminating the contract.  Ultimately, the Di Sciullos paid the liens personally and hired another contractor to complete construction of the house.

The Di Sciullos filed a lawsuit against Griggs arguing, among other things, Griggs’ conduct under the contract and its abuse of superior knowledge regarding construction practices constituted unfair or deceptive trade practices.  The Court reiterated North Carolina precedent, that “a mere breach of contract, even if intentional, is not sufficiently unfair or deceptive to sustain an action under N.C.G.S. § 75-1.1.”[2]  Accordingly, the aggrieved party must show “substantial aggravating circumstances” in connection with the contract breach to justify the recovery of treble damages under N.C.G.S. § 75-1.1.

In assessing whether Griggs’ actions constituted substantial aggravating circumstances, the Court compared Griggs’ conduct to that of the defendant in a 1989 Fourth Circuit decision, Bartolomeo v. S.B. Thomas, Inc.[3]  In Bartolomeo, the defendant abruptly abandoned a contract, failed to deliver products, delayed reimbursements, and reclaimed products after terminating the contract.[4]  Nonetheless, the Fourth Circuit determined the actions were, at most, simple breaches of contract and “one would probably need to demonstrate deception either in the formation of the contract or in the circumstances of the breach.”[5]  In this case, Griggs’ actions were far less severe than the defendant in Bartolomeo, and therefore did not constitute substantial aggravating circumstances.  Furthermore, the Court concluded Griggs did not act deceptively, but rather the dispute arose from a mutual misunderstanding of the advance deposit clause of the contract.

This case does not resolve the question of what amount of substantial aggravating circumstances are required to transform a breach of contract claim to one for also unfair and deceptive trade practices.  However, the Court’s reliance on Bartolomeo suggests trial courts will rely on its analysis in determining similar cases. 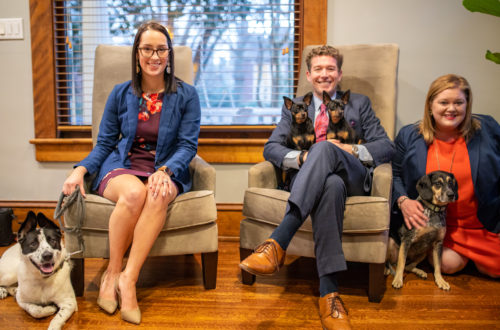