A recent decision by the United States Court of Appeals for the Fourth Circuit ruled that a North Carolina employee suing under federal and North Carolina law for wage and hour violations was not required to participate in arbitration despite an arbitration clause in her employee handbook.[1]  The Fourth Circuit acknowledged that North Carolina law would ordinarily bind the employee via implied consent to the clause, but she signed an acknowledgement form upon receipt of the handbook that expressly stated the handbook provisions did not constitute a binding contract.

Rose Lorenzo, an employee of Prime Communications, LP, managed a store that sold merchandise and cell-phone services. Lorenzo acknowledged she received Prime Communications’ 2010 employee handbook at the beginning of her employment and that the handbook committed “all employment issues” first to mediation and then arbitration.  The handbook also provided that employees “waived all rights to bring a lawsuit … regarding any dispute,” including claims under the Fair Labor Standards Act.  Lorenzo signed a form acknowledging her receipt of the handbook, which disclaimed that the employee handbook created a contract.  It provided in part “no provision should be construed to create any bindery [sic] promises or contractual obligations” and “I understand that the information contained in the Handbook are guidelines only and are in no way to be interpreted as a contract.”

The Fourth Circuit acknowledged a liberal federal policy favoring arbitration, but also highlighted “the fundamental principle that arbitration is a matter of contract” and the parties must agree to arbitrate.[4]  In resolving the question of whether parties agreed to arbitration, federal appeals courts are guided by contract laws of the applicable state.

Under North Carolina state law, Lorenzo’s acknowledgement that she received the employee handbook would ordinarily have created implied assent to the terms therein.[5]  However, the acknowledgement form signed by Lorenzo explicitly stated the handbook’s provisions were “guidelines only” that did not create any binding commitments.  Therefore, while Lorenzo’s receipt and review of the handbook and her continued employment might have created an implied consent to its arbitration provision, it was nullified by the express agreement not to be bound by any of the handbook’s terms.[6]  The Fourth Circuit accordingly confirmed the district court’s denial of Prime Communications’ motion to compel arbitration.

[6] The Court confirmed the North Carolina legal principal, “where there is an express contract between parties, there can be no implied contract between them covering the same subject matter dealt with in the express agreement.” Snyder v. Freeman, 266 S.E.2d 593, 602-03 (1980). 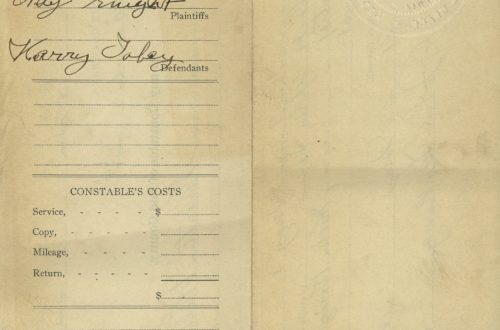 DO I NEED TO RESPOND TO THIS SUBPOENA?

Is it Legal to Ban Kids from Restaurants?