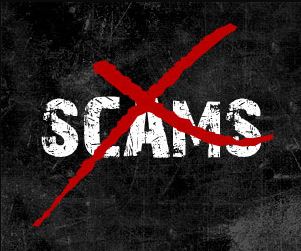 Calls from the IRS can be scary especially if the person on the other end of the line threatens to arrest if you if you do not immediately pay your unpaid taxes. This scam is on the IRS’ “Dirty Dozen” list which is a list of scams involving the IRS. Many of the other scams on the list are aimed at taxpayers who try to cheat the system, whether it’s hiding their money in off-shore tax shelters or falsely inflating refund claims.  However, this one is aimed at scamming the taxpayer, not the IRS. According to the Treasury Inspector General for Tax Administration (TIGTA), over 10,000 victims have been affected by scams of this type and they paid over $54 million since October 2013.

The scam works like this: the scammer calls a taxpayer and impersonates an IRS agent. They aggressively threaten the victim by claiming the police will arrest them, deport them, or revoke their driver’s license if they do not pay their unpaid tax bill. They demand immediate payment either through a wire transfer or pre-paid debit or gift card. They often use IRS employee titles and fake badge numbers to establish legitimacy and they frequently use their victim’s names, addresses, and personal information.

Per the IRS’ website, the IRS usually does not communicate with taxpayers over the phone, especially when it’s their first contact about an unpaid tax bill. The IRS prefers to communicate via mail. So if you receive a call from the IRS about an unpaid tax bill you are completely unaware of, that should be the first red flag. They also do not demand payment using a prepaid debit card or wire transfer nor do they ask for credit or debit numbers over the phone.

Al Capone can attest to the fact that, yes, sometimes you can get arrested for tax evasion. However, for most people, there is an appeals process and the IRS would rather work with you to reach a settlement long before any criminal charges are filed. Their first instinct is not to go out an arrest every person that neglected to file their taxes or pay their debt.

If one of these scammers calls you, just hang up and contact TIGTA using this form. You can also report it to the Federal Trade Commission using their complaint assistant. If you think you may owe taxes, but aren’t sure if the person on the other line is a scammer, hang up and call the IRS directly at 1-800-829-1040 to speak with someone that is definitely an IRS employee.

There are three versions of this scam, but the scammers all pretend to be representatives from power providers such as Duke Energy or General Electric. Sometimes they even spoof the caller ID number to appear to be a specific provider in the area.

The first version of the scam is an offer to reduce your utility bill. Who wouldn’t want to pay less for electricity or gas? The scam comes when they say they need you to give them your account or billing information. As a general rule, you should never give away account information or personal information to someone over the phone unless you called them or were expecting a call from them. They are likely trying to phish for information in an attempt at identity theft.

In version number two, they threaten to cut off your utilities unless you make an immediate payment on your overdue bill. Like the IRS scam, they only want to be paid with a pre-paid debit card or wire transfer. They may also give you a toll-free number to call where another scammer will happily take your payment. (Author’s note: this type of scam was attempted on Lindley Law last year, but when I called the toll-free number out of sheer curiosity, it wasn’t even a real number. That scammer was a real amateur.)

The third scam of this type is a promise of federal assistance. As in the first version, the goal is get your personal information for identity theft purposes. Again, never give out your personal info over the telephone or via email unless you initiated the call and know exactly who you are speaking with.

These scams, especially where they are demanding money, are almost always imbued with a sense of urgency. Surely no one wants their power shut off and all the headaches that go along with that. The urgency tricks victims into panicking and throw money at the problem so they don’t get in trouble or go through an inconvenience. Similar to the IRS, real utility companies will usually contact customers by mail notifying them of an overdue bill and giving them a specific deadline as to when their power will be cut off if they have not made payment on their outstanding bills. Further, utility companies will never try to get you to pay with a pre-paid card and your best bet is to hang up on the scammer.

Should one of these scammers call you or your business, report it to the Federal Trade Commission using their complaint assistant and your state’s attorney general office. North Carolina has a consumer hotline which can be reached at 1-877-NOSCAM (1-877-566-7226).

For more information on Lindley Law, please visit our website at www.lindleylawoffice.com.

Challenging the Validity of a Will vs. the Construction of a Will: North Carolina Court of Appeals Clarifies